Jean Paul Gaultier first entered the gilded setting of Grévin in 2001. Sixteen years on, still at the top of his game, and more famous on the world stage than ever, he’s one of the icons of French haute couture.

Gaultier is a stylist, one of the great fashion designers and a creator of French perfume. He revolutionised the fashion world in the 1980s with outfits like the skirt for men, Madonna’s conical corset and the blue and white striped sailor’s jersey, which has become his trademark.

The enfant terrible of fashion who can turn his hand to anything and everything is accorded the rare privilege, shared with General De Gaulle, Julien Clerc, Bernard Pivot, Michel Drucker and Michael Jackson, of having a second waxwork figure.

Anecdote about the making of the waxwork!

Jean Paul Gaultier’s waxwork figure wears a sailor’s jersey decorated with Swarovski© crystals, specially designed for the figure, a pea jacket, jeans and boots supplied by the designer himself.

When each model is designed, nothing is left to chance, from the colour of the thread, the thIckness and weft of the fabric to the lines on a sketch; the Grévin workshops recreate the different shades of skin colour as well as the colour of the eyes and hair – hair that is carefully chosen with the help of Hairdreams®-. 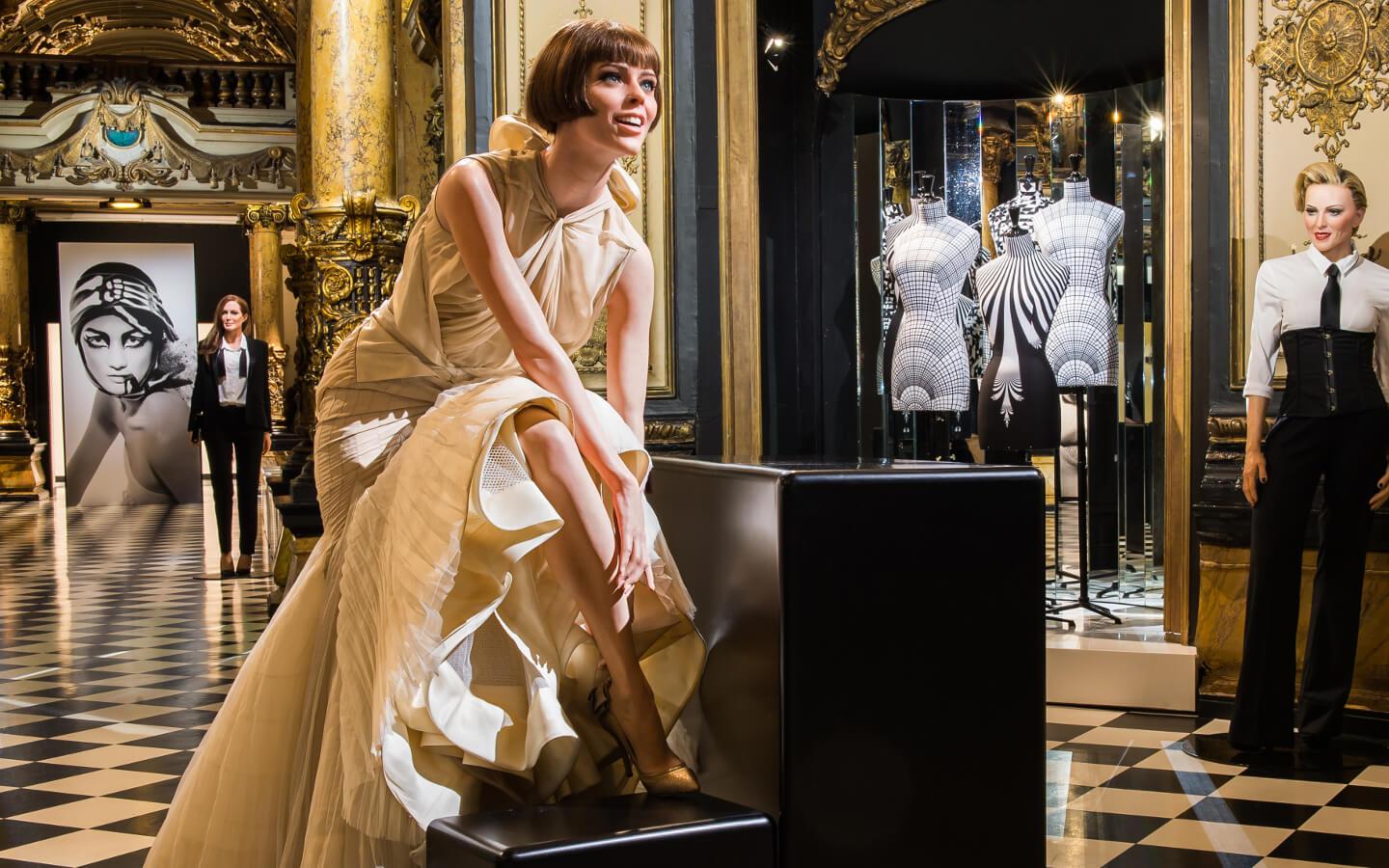 We are delighted to welcome you again from 19 May!
READ

Your mobile app is here !
READ THE ARTICLE

At Grévin !
READ THE ARTICLE

A top model and the beauty of nature, catwalks and the living world, magazine covers and meditation. 20 years anniversary of her career this year.
READ THE ARTICLE

It was the star attraction of the Paris 1900 Exhibition. As the years went by, several artists have signed the show in this giant kaleidoscope.
READ THE ARTICLE

The Voice will be taking centre stage at Grévin!
READ THE ARTICLE

A new Jean Paul Gaultier at Grévin!
READ THE ARTICLE