Clarisse Agbégnénou
is joining Grévin !
Tatami mats on the Parisian Boulevards, the Olympic judo gold medallist has arrived! Are you ready? Hajime!
Read the article

Clarisse Agbégnénou inaugurated her statue on 4 October 2022. In addition to becoming the most successful French sportswoman at the World Championships, she is joining the Musée Grévin alongside athletes such as Teddy Riner and Kylian M'Bappé. 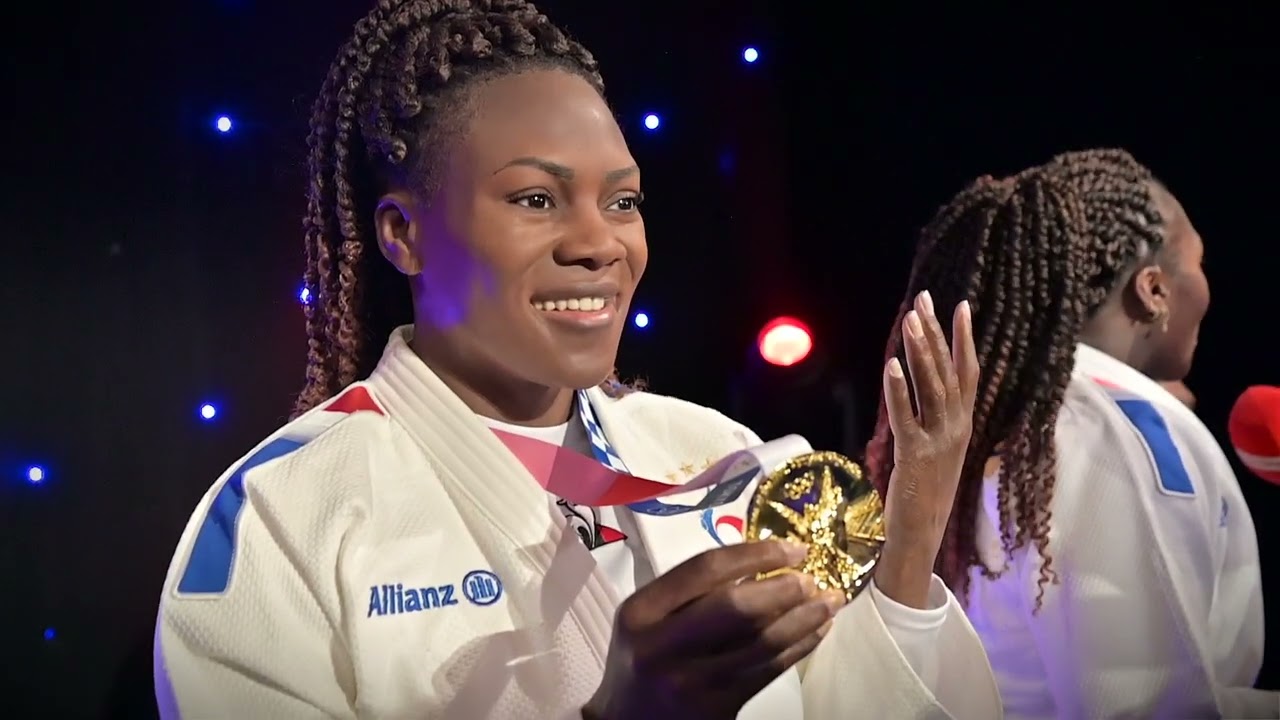 Clarisse Agbégnénou, a judoka who has nothing more to prove

Ever since she was 9-years-old, judo has been her whole life. After twenty years of combat, Clarisse Agbégnénou has had the greatest number of wins in women’s judo in France with:

But Clarisse is a champion who is very versatile! She is also a Major in the French national Gendarmerie and a patron of the SOS Préma charity for premature babies.

In the Grévin workshops…

To help make her waxwork, the judo champion was involved in every stage of the creation of her character over more than six months. And her own personal hairdresser worked on the hairstyle for four and a half hours! As she has been staged on a tatami mat, she is one of the few characters who needed a mould made of her feet to produce an accurate copy. The athlete is shown in a combat position, and chose to dress her character in her kimono, and have it proudly hold up five fingers to represent her five gold medals.

meet...
Clarisse Abgégnénou and more than 250 other personalities
Buy your tickets

POSE ALONGSIDE OUR SPORTS STARS
Discover
News
The latest news

Discover Grévin’s 250 waxworks from an original angle, on the first Saturday of the month!
READ THE ARTICLE

Tatami mats on the Parisian Boulevards...
READ THE ARTICLE